Help the robot decode the punchcard and win some RotD stuff! Head over to their Instagram feed: @robotoftheday

UPDATE: Someone decoded the punch card within just an hour or two of posting!

The robot returned its attention to the punchcard, switching optics to 2x mag. The printing on the card had faded a little; the bottle had provided protection against moisture, but not against the sun. There appeared to be 80 columns, with rows numbered one through nine. After a moment’s calculation, the robot determined that an attempt at decoding could be expensive in terms of power: all cores would be utilized which meant increased heat generation. More heat meant more fans, which meant an increased drain on batteries. A decoding attempt would have to until help was available. 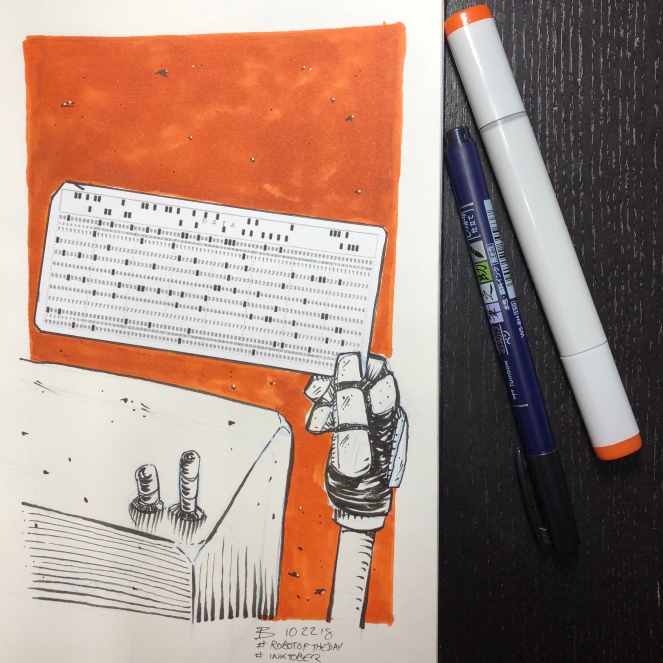